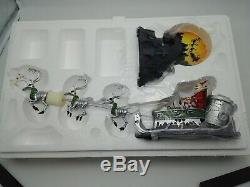 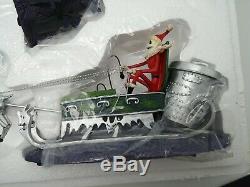 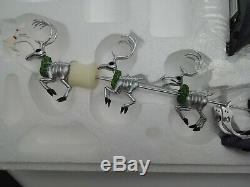 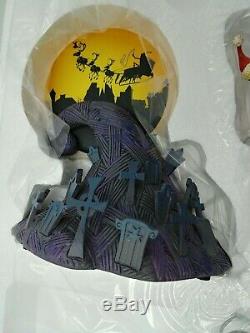 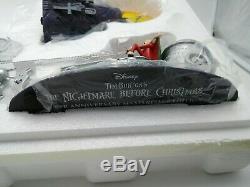 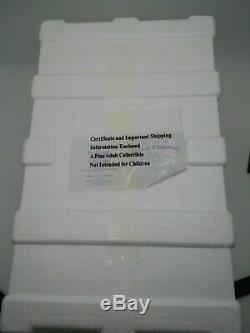 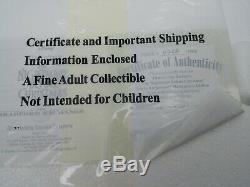 We offer this beautiful Nightmare Before Christmas Silver Anniversary Santa Jack Sleigh Masterpiece Edition from Hawthorne Village that is new in its original box. We opened the box for the very first time to take most of the photos for this listing. Your sculpture has never been completely out of the box.

The lid was removed for the photos. This is a magnificent tribute to the 25th/silver anniversary of Tim Burton's "The Nightmare Before Christmas".

This is not the PVC version, this is the actual sculpture from Hawthorne Village. It is very similar to the one that was issued for the 20th anniversary, except that the reindeer are silver. This comes with the certificate of authenticity still attached to the original styrofoam packing box. It is number 0444 of 2500. Add this amazing collectible to your collection.

Uncle's Attic is the accumulation of 50 years of collecting all types of memorabilia and collectibles. Thank you for viewing our item! The rates are calculated by the US Postal Service. This is for your protection against loss or breakage. The item "NBC Silver Anniversary Santa Jack Sleigh Masterpiece Edition Hawthorne Village" is in sale since Monday, August 12, 2019.

This item is in the category "Collectibles\Holiday & Seasonal\Christmas\ Current (1991-Now)\Villages & Houses". The seller is "unclesattic603" and is located in Syracuse, New York. This item can be shipped to United States.